« Ferguson to Madison: Dane County Jail Proposals Perpetuate Racial Disparities | Main | This Is What an Uprising Looks Like »

The appearance of the trans exclusionary radical feminist scholar, Sheila Jefferys on WORT's Access Hour has caused a stir in parts of the Madison community for the past few weeks.  Jefferys is known for suggesting trans*[1] people are harmful to lesbian feminism, their partners, and even themselves.  Amidst protest from local residents, she appeared as a guest on the Access Hour with Thistle Petterson on November 3rd and the show allowed a platform for Jefferys to articulate her usual points that come across as transphobic and limiting to trans self-determination.  While this is an example of the many struggles that trans people continue to face, there is progress being made by individuals and organizations towards trans health and self-determination.[2]

One of Jefferys' main arguments centers around the idea that trans people hurt themselves and others simply by existing, but especially if people use any type of trans health care.  She claims that trans people are harming their bodies if they choose to transition by using hormones, hormone blockers, or undergo any type of gender-confirming surgery. Critics have pointed out the parallels between Jefferys arguments and those of the anti-abortion and anti-reproductive rights movement, a group of people one would expect a lesbian feminist to be far apart from.  Their efforts to limit access to abortion, birth control, and proper health care put restrictions on women and female assigned[3] people's bodies that cause undue stress, trauma and serious health concerns.

Favianna Rodriguez, an internationally celebrated artist and activist, was here in Madison on the UW campus in late October giving a public lecture about breaking the silence around abortion, encouraging sexual health and freedom, and the importance of people identified female or intersex[4] at birth to have knowledge of and appreciation for their bodies.  She spoke from her own experience as a queer cisgender[5] woman and centered the discussion in deconstructing the gender binary.[6]  In response to Jefferys ideology she says, "Just like every girl has the right to her sexual health and autonomy, EVERY individual has the right to full autonomy over their body. The gender binary is a hetero-patriarchal and outdated construct that has historically been used to repress everyone who is not a straight male.”  While those like Jefferys and Petterson try to drive a wedge between trans people and cisgender women, she clearly sees their well being bound up together, “Our liberation begins with our bodies and our ability to define ourselves on our own terms, and this means rejecting cissexism and heteropatriarchy. Jeffreys should be careful not to align herself with patriarchal constructs." 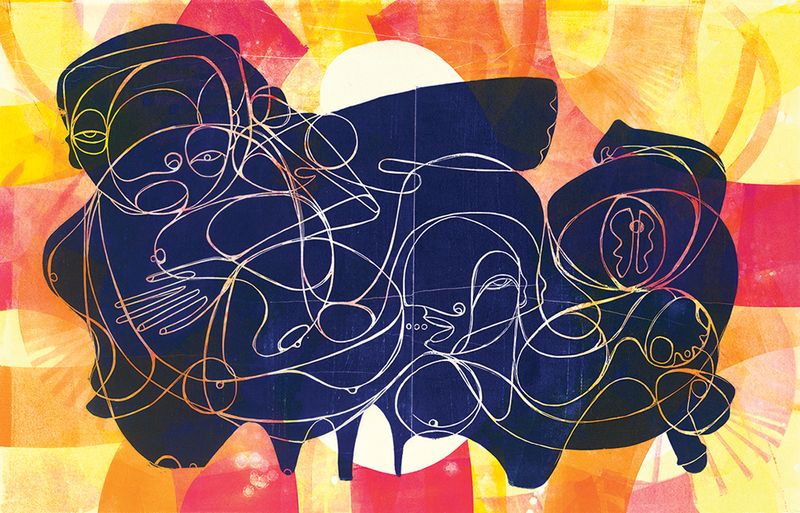 Adequate health care continues to be a major concern for trans people.  A local effort is being led by a group of trans people and allies working for improved accessibility for trans health care in the spirit of universal health care for all.  Nyle Biondi is part of the group and a local mental health provider who works with many trans people.  He explains, “when a person feels congruent physically and mentally, meaning their body and gender presentation match with their feeling of who they are, it undeniably contributes to better physical and mental health.”   The inability to transition and get proper health care can cause severe pain and exacerbate mental and physical health concerns.  Biondi adds, “it is vitally important for trans people to have providers who understand and respect their identities and needs in order for trans people to live healthy and fulfilled lives.” The group is building off of small improvements in Medicaid, the Affordable Care Act, and other local efforts to increase trans health care for clients.  They are encouraging health insurance providers to offer trans inclusive plans, and urging businesses, non-profits, and government agencies to request trans inclusive care for their employees.

In addition to concerns over proper health care, trans people continue to face high rates of violence and disproportionate social and economic disenfranchisement.  In June of this year, celebrated as Pride Month nationwide, four trans women of color were killed in different parts of the country due to their gender identity.  One, Zoraida Reyes, was an activist with a group of queer and trans immigrants working for queer, trans and migrant justice.  Other trans people are pushed to extremes from bullying and isolation, as well as the economic struggles of surviving through job and housing discrimination.  A Madison high school student who was aging out of the foster care system and facing homelessness committed suicide last year.  Her death helped inspire GSAFE to increase their trans youth programming and they have fundraised to hire a trans youth organizer to lead support groups and mentoring programs.

GSAFE, an organization that supports LGBT and allied youth through GSAs (Gay Straight Alliances, or Gender and Sexuality Alliances) around the state, has also helped pass 11 gender non-discrimination ordinances in districts around Wisconsin.  Brian Juchems, co-director of GSAFE, says “these districts are updating their non-discrimination policies to include the language that protects students who are transgender or gender non-conforming, and anyone based on their gender identity.”  He says this is a good step towards creating a safe and thriving environment for trans students. One of the main calls to GSAFE’s office is from teachers and administrators wanting to know how to support trans or gender-non-conforming students, so these ordinances are really to help schools get a framework for how to best do this. Juchems says, “In the absence of policies and guidelines teachers and administrators can make an attempt that is harmful to the students.”  If implemented right the policy should protect students from harassment and promote respect for their gender identity.  This includes teachers and students using their chosen names in class, calling students the correct pronouns, making sure they are safe when using the restroom or locker room that fits them best, and not restricting clothing choices based on perceived gender identity.

The need for gender identity protections extend beyond our public schools and are crucial in places like jails, prisons and homeless shelters, spaces known to be highly gender segregated.  Groups like Operation Welcome Home suggest that the best solution to the issue is to make housing a human right, and find alternatives to incarceration for all people, short of that, there are struggles trans people face in these institutions.  Sara Knutsen is a formerly homeless trans woman in Madison and has been staying at the men's shelter on and off since 2010 where she had faced regular harassment.  She just recently was able to rent an apartment and says that while at the shelter people regularly asked her “what are you?” in a derogatory way, or asked her to date them or be sexually involved with them, sometimes in a serious manner, sometimes in a sarcastic tone.  When asked if she feared physical harassment she said, “that is why I don't shower there.”  Prior to her last stay at the men's shelter, Sara was able to spend 56 days in a hotel room paid for through the Salvation Army Women's Shelter.  Trans women or gender non-conforming people are often directed to this type of shelter rather than staying with the other women at the shelter.

While consistent shelter or housing for all continues to be a major gap, Wilma's Fund works to address the disproportionate rates of homelessness for trans and queer people.  A project of OutReach LGBT Community Center, Wilma's Fund raises funds to support people like Sara to fulfill temporary or long-term housing needs.  Other groups such as Freedom Inc, Briarpatch and Operation Welcome Home, work with homeless trans people to offer support, resources and leadership development to make social change around these issues.

Karma Chávez, UW Professor and weekly host of A Public Affair on WORT is dedicating two shows to trans justice and transfeminism, the first was on November 12 and the second will be on November 19, addressing many of the issues addressed in this article.  She says, "Jeffreys positions are repugnant and can easily be characterized as hate speech. But as someone who is more likely to be on the receiving end of calls to censorship, it is hard for me to ever advocate censorship, especially on a community access program.”  Chávez works with an organization called Against Equality which is an online archive, publishing, and arts collective focused on critiquing mainstream gay and lesbian politics, and wants to use this opportunity to continue the dialogue about what the struggles and successes are for trans liberation currently.  She says, “as a cisgender person who cares a lot about trans and other non-binary folks, it is important to me to combat speech with more speech.”

[1]   Trans*:  this is meant to be an umbrella term referring to transgender, transsexual, and gender non-conforming people. Some use an asterisk with this term, some do not.

[2]   Gender self-determination: the right of each person to make their own choices concerning their body, their identity, and their gender presentation.

[3]   Assigned or Identified at birth: the sex or gender a doctor says a child is at birth, male, female or intersex.

[4]   Intersex: a person who falls somewhere between male and female, whether hormonally, chromosomally, anatomically, or genitally.

[5]   Cisgender: a person who self-identifies with the gender that they were identified at birth

[6]   Gender binary:  a system that reinforces the notion that there are 2 opposite categories of gender, male and female with gender markers that correlate.

Fantastic post! There are surely a lot of challenges ahead for the LGBT community to face but with our strong support I'm sure our LGBT people will be able to surpass the challenges.

Many thanks for sharing this very diverse opinion post where each expert has no doubt shared his best knowledge on the topic. Have more success in your journey.