« Ferguson to Madison: the Arc Completed | Main | An Injury to One? »

The Specter of Apology

Madison Police Chief Mike Koval has been in the news recently. He has been seen and heard on MSNBC, PBS, NBC, ABC, CNN, WPR, Fox News, and NPR, and in articles in the New York Post, Cap Times, The Guardian, Washington Post, Isthmus, and the Wisconsin State Journal. He has also found time to update hisblog and write a defensive letter to the City of Madison Alders. Strangely anchored in both congratulatory statements and words of apology, Koval paints a story he’d prefer the public to believe. With carefully-crafted reactions that serve to reinforce white, liberal Madison’s delusions that this city is different (read:superior), Koval touts the gentle humanity of Madison police while “desperately seeking forgiveness.” This incredible PR campaign, conducted in the 13 days following the murder of Tony Robinson at the hands of Madison police officer Matt Kenny, has certainly been a thorough one. Is anyone ready to buy what Koval is selling?

Unfortunately, yes. Koval’s airtime centers on the presence of his apology, and interviewers are playing along. Equating apology with concrete action, Koval’s performance is a feat of illusion that only “works” when held in comparison to Ferguson’s militarized policing in the wake of Michael Brown’s murder. Beyond acknowledging that police in both cities have recently killed young, unarmed Black men, there are multiple reasons to compare Ferguson to Madison, as members of the Young Gifted and Black Coalition have been doing since November. Attempting to juxtapose police responses in the wake of these murders—one responding with brute force and the other with intelligent control—simply demonstrates the wide range of tools used to enforce white supremacy and police repression. 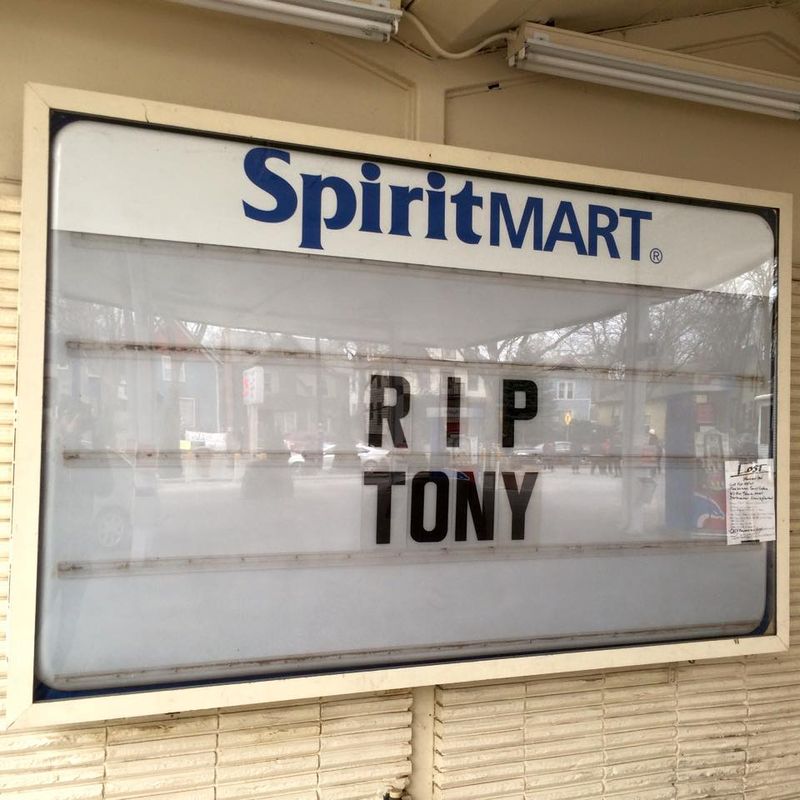 The Burden of Forgiveness

Shaped by rhetoric that appeals to white, liberal Madisonians, Koval’s PR tactics put pressure on communities of color to, again, do more work: to suppress anger, frustration and feeling. As Audre Lorde pointed out, “oppressed peoples are always being asked to stretch a little more, to bridge the gap between blindness and humanity.” Koval’s apology places the responsibility for reaching forgiveness and healing on the oppressed—the same communities who experience regular violence and trauma from the police.

The discourse Chief Koval puts forth also focuses on patience and appeal to authority. It is a message that is both paternalistic and underhanded in its aim. If the victims of police brutality could only forgive those who enforce structures of oppression, then the anger and commitment to justice would be unnecessary. This discourse views anger against injustice as the problem itself and seeks to redirect or neutralize it. Koval tries desperately to bring focus to the feelings of various officers of the MPD and himself, seeking sympathy in this charade of vulnerability.

But representatives of state violence do not get to set the terms of forgiveness. To be clear, police operate as a means to discipline and pacify populations. By offering a reconciliation—in which he is forgiven—alongside no concrete actions, Koval has flipped the narrative and launched a counterattack cloaked in niceties. His public relations campaign has turned a story of murder into a story of success.

Because the police are not subjected to any institutionalized, community-led accountability process, the tide of public opinion functions as a rare opportunity for oversight. Koval’s apology—while directed towards Tony Robinson’s family—has appealed to ideologies of forgiveness, reconciliation, harmony, and unity. These ideologies are often touted by white, liberal Madisonians as the goals of “progress,” specifically when racism is the topic on the table. His apology, then, has been aimed to court a jury of his white peers.

Furthermore, in Koval’s March 16th blog post, his reference of “this is what democracy looks like” is clearly a nod to specific, social justice-minded audiences. By claiming a shared language, he tugs at the heartstrings of predominantly-white liberals, feigning that the next piece of the unity puzzle is within reach, if not already obtained. This goal of “unity” (as opposed to justice) allows community members to assume good intent of the police, and consequently, to be easily manipulated by them.

The general lack of overt forceful police tactics in majority-white neighborhoods distracts from the fact that de-escalation and diffusion—at protests and in PR campaigns—are still forms of police control. While police departments have learned how to mollify the white, liberal majority by apologizing and putting a “nicer” face on policing protests, this doesn’t change the fact that Tony Robinson is dead, shot five times in the head and chest while unarmed. It doesn’t change the fact that Black people are arrested at 11 times the rate of white people in Madison. It doesn’t change the fact that Black people represent 6% of the population in Dane County but almost 50% of the jail population. Over-policing and mass incarceration have been the tactics of choice in Madison’s Black neighborhoods for decades.

Has the city of Madison collectively agreed to a system of metrics where it is assumed that a hollow apology can be bartered for the life of a young Black man? Questions like these will haunt us until racial justice becomes an active, explicit, and critical part of white liberal politics in Madison. 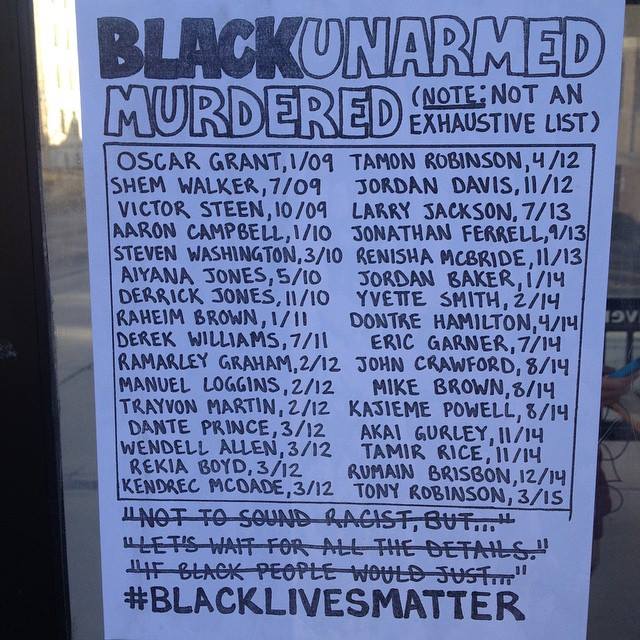 Apology seems to be part of an attitude and set of techniques that Koval proudly identifies as the “Madison Method.” In this surveillance model, lethal force is downplayed and invasive presence is emphasized. As a method of crowd control, this fits into a larger strategic goal: a sanitized and professional image of the police. It seeks to present a neutralizing, apolitical image to those who mainly view the police through a distant lens, such as television. This view masks the daily violence within communities of color, forcing it to be “behind the scenes.”

Techniques of framing and narrative control are paramount to neutralize and shift focus. Koval’s PR campaign and the “Madison Method” are problematic for exactly these reasons. The police claim to facilitate free speech and enable media and community involvement through constant communication. However it is the simulation of dialogue, the simulation of peace through deterrence. It presents an opportunity for police, trained for the occasion, to look their best in order to hide their off-camera repression.

The “Madison Method” is clearly a PR-friendly way of engaging in this violence. It focuses on presenting a police-as-liaison view to be consumed by the media. For example, Koval feebly asserts that the police force’s good nature has determined their involvement thus far in the protests. He frames rallies and marches as being only possible when the police play an active role in maintaining order: walking with demonstrators, stopping and rerouting traffic, being exposed to the “elements.” This notion of the Madison police as a welcoming entity implies ownership; it is as though the police are allowing protesters to trespass in theircity.

Note the power of the police: lethal, symbolic, and logistical. The police chief is interested in maintaining a firm grip on the myth of the police as a moral force of nature, a guardian assigned by the near divine authority of the State. The reality of their presence, especially for people of color, is that of a disciplinary, bullying force. People of power, influence, and privilege receive deferential treatment, while poor people of color and other marginalized groups receive scrutiny, violence, and psychological intimidation.

It is the self-congratulatory and unity-seeking nature of white, liberal Madison that has thus far provided a context for negotiations with the police. It is the overwhelming whiteness of Madison, and the privilege-driven complacency that accompanies it, that makes space for the MPD to fret over the PR nightmare they find themselves in, rather than assume responsibility for murdering a member of the community they claim to protect. The MPD’s desire to keep up appearances combined with the inability of many white liberals to even discuss racism creates a suffocating atmosphere punctuated frantically with Koval’s pleas and cheers.

To stand for justice and to get free necessitates standing against white, liberal rhetoric, against “forgiveness” and against “unity.” Justice here is following the path clearly laid out by Young, Gifted and Black and those most impacted by policing and state violence: free the 350, establish real community control over the police, and use social and political capital to direct funding into Black-led community initiatives. 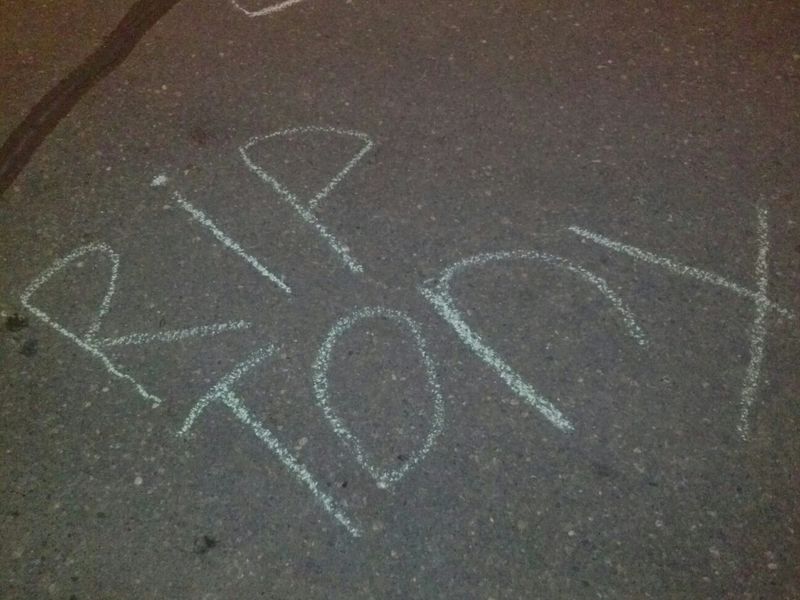 Announcement of Conference on Community Control Over the Police, and collecting submissions for next issue of Amiri Baraka’s newspaper “Unity & Struggle,” with similar theme.
August 11, 2015 marks 1 year since the LAPD murdered Ezell Ford in South Central. August 11 also is the 50 year anniversary of the Watts Rebellion against LAPD terrorism.
To commemorate this legacy of struggle, I am working with the South Central Neighborhood Council in hosting a Conference on Community Control Over the Police, Saturday and Sunday, August 8 and 9, at Santee High School.
We are calling for broad support and participation in convening this event. Please send confirmation asap of your organization’s commitment to organize, mobilize and carry out what appears to be a nationally vital organizing conference geared toward democratic solutions to historic police unaccountability.
Please refer to Facebook/CoalitionforCommunityControlOverthePolice for some of the recent history in Los Angeles.
We look forward to your involvement. The South Central Neighborhood Council board is democratically elected from the community. As part of the Neighborhood Council system under the L.A. City’s Department of Neighborhood Empowerment, we have funds to provide materials and refreshments to the event, but are limited from paying stipends or travel and board.
We are also assembling the next issue of Amiri Baraka’s newspaper, “Unity & Struggle.” Please consider sending content on your community’s struggle for solutions to police brutality, and other art, poetry, analysis, and reports.
In Unity & Struggle,
Jubilee Shine
jubileeshine@Hotmail.com